“The Secret Garden was what Mary called it when she was thinking of it. She liked the name, and she liked still more the feeling that when its beautiful old walls shut her in no one knew where she was. It seemed almost like being shut out of the world in some fairy place. The few books she had read and liked had been fairy-story books, and she had read of secret gardens in some of the stories. Sometimes people went to sleep in them for a hundred years, which she had thought must be rather stupid. She had no intention of going to sleep, and, in fact, she was becoming wider awake every day which passed…”
― Frances Hodgson Burnett, The Secret Garden 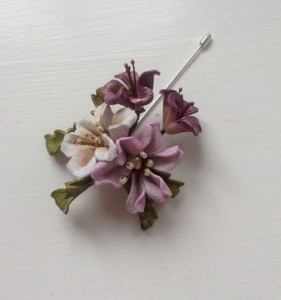 It feels like I have been shut away in some secret garden these past 2 years or so.  Although, unlike Mary, it did seem like I had fallen asleep at times!  The ‘garden’ became increasingly tangled and overgrown, covering the rich soil with coiling tendrils, stifling new growth and shutting out the light.

Yet more recently I have begun to shake off the drowsiness, stretching my arms wide, feeling the warmth of sunshine on my face and to breathe in wholesome, clean air.  In waking, my strength and courage have returned.  I have begun tidying, pruning, weeding and digging over the ground once again.  New seeds have been planted and fresh blossom has been picked!

In the coming weeks and months, much will change with Tanglefrost:

The new designs send my  heart racing… I love them so! More complex and detailed, intricate and sparkling.  Perfect for us wild, beautiful, bohemian women who delight in dancing beneath the trees with flowers in our hair! In my next posting there will be sneaky peaks into my sketchbook so you can see.

In the meantime, please enjoy these photographs of the ‘Secret Garden’ range: Pink and white blossom, twinkling with pearls, and tiny purple flowers that peep through curling leaves. Enjoy!

Your thoughts are important to me so please don't be shy. Thank you! Cancel reply

About me: Jo Hassan

I am a mixed-media artist and creative life coach living in Derbyshire, UK.